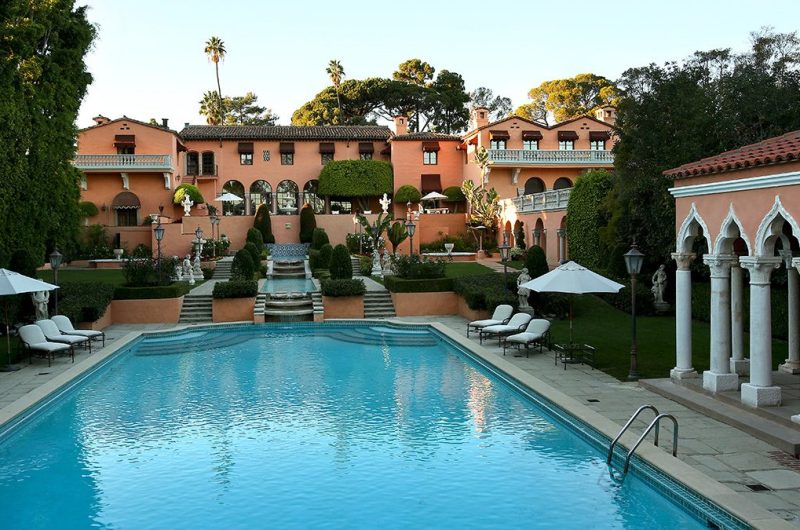 You could say that two bosses ran this $195 million estate at one point: fictional film mogul Jack Woltz of The Godfather (though he really should have been nicer to Johnny Fontane); and William Randolph Hearst, the famed actual newspaper mogul and journalist, who once owned it.

The estate is positioned on six acres and is just a few blocks away from Sunset Boulevard. The 50,000-square-foot Hearst portion of the property includes a staggering 28 bedrooms and 38 bathrooms. Besides Hearst, the sprawling estate was later owned by actress Marion Davies. And President John F. Kennedy and First Lady Jacqueline Kennedy spent time there on their honeymoon. 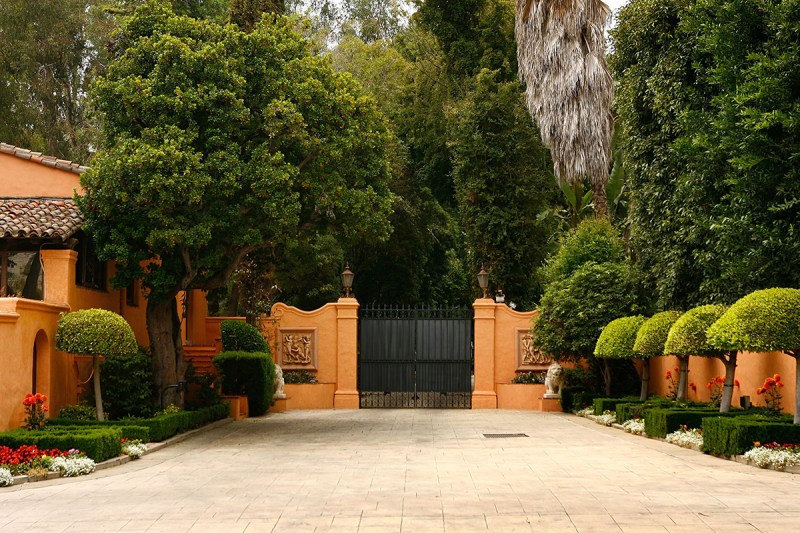 According to The Wall Street Journal, the property was last listed in 2007 for $165 million, but was then removed and leased for $600,000/month.

Aside from The Godfather, scenes from 1992 movie The Bodyguard and 1979’s The Jerk were also shot here. Read more about the mansion’s story here. Below, take a tour of the grounds in a feature ABC News did on the estate when it was still being rented out.