What You (and Your Kids) Can Learn From a Lego Master

The man who invented Lego’s “architecture” spills his secrets

To the undiscerning eye, Lego bricks are nothing more than a child’s playthings.

But seen through the eyes of Adam Tucker — architect and lifelong Chicagoan — Lego is, stud-by-foot-murdering-stud, a foundation for possibility and invention.

Tucker is also one of only 14 Lego Certified Professionals on earth, and he has a new exhibit at the Museum of Science and Industry called Brick by Brick that features 13 jaw-dropping builds of some the world’s most iconic architectural works.

It is a must-see. If not for you, for the kids.

This is Tucker’s domain. The man created Lego’s architecture line. He’s personally responsible for designing 15 sets, his proudest being Frank Lloyd Wright’s Robie House, which, at 2,276 pieces, clocks in as the line’s most detailed assemblage to date.

But that is nothing compared to what you’ll see at Brick by Brick.

On display: feats of towering proportions. Like: a 60-foot rendition of the Golden Gate Bridge. A 42,800-brick recreation of the Hoover Dam. A stunning likeness of the Roman Colosseum in all of its half-standing, half-detritus glory. And more.

We should remind you none of this stuff comes with instructions. Tucker designs and builds his models after hundreds of hours of research, meticulous trial-and-error and zero computer aid.

So we caught up with Tucker to find out what we can learn about architecture from his craft, and, seeing the kids’ll go “ooh” and “ah,” how Lego can help you raise your own little master builder.

Every piece of architecture tells a story.
Tucker is interested in the experiences architecture creates. “Anyone can make a model. It’s really about what the hell you’re gonna do with that model. That’s where the appreciation comes from. I use bricks as a creative medium to tell a story. A lot of my structures are represented in a way that show you what’s going on internally, or tells the anatomy of how a building is put together.”

Moral of this story: always build with a purpose, or observe a narrative. Who is this for? Where does it stand? These are ways to think of architecture beyond spatial property.

Just because kids are distracted doesn’t mean they’re not learning.
And dear god, we’re not talking about iPads. With Lego, your kids may not realize it, but they’re internalizing lessons about geometry, design and problem-solving with every brick. “Learning through play is very effective,” Tucker says. “At MSI, I love the dynamic interactives because it distracts you, so you’re learning on a subconscious level.” Which is Lego’s aim as well: just last year, the University of Cambridge accepted $2.3 million from the Lego Foundation to launch a new program on play education and learning. In fact, it’s been their overarching mission for nearly 30 years.

Know your limits, but push them.
“I don’t pretend Lego can recreate everything. It’s knowing how far to take these models, and knowing when to say when. I don’t use glue. I don’t cut. I don’t have steel armatures. I don’t have special parts or colors. I’m using a product you can get off the shelves. But what’s most important here: you can do this, too, if you just had enough bricks.”

Until then, Brick by Brick at the Museum of Science and Industry runs until early next year. 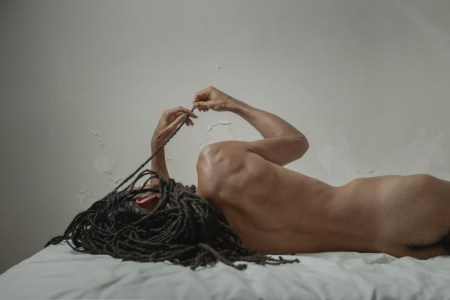 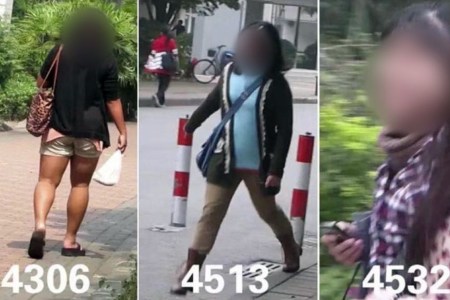 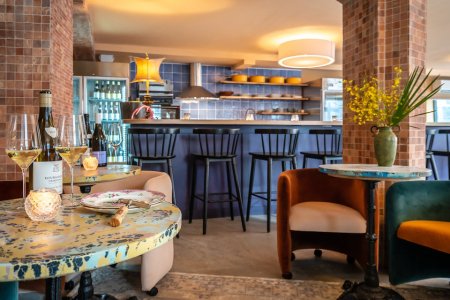