This Hack Adds a “Random Movie” Button to Netflix

Couch surfing is alive and well in 2016

If you’re like me, you’ll fire up Netflix, scroll through 200+ movies in your queue — and then complain there’s nothing to watch and go to bed.

It’s the paradox of choice, albeit limited to thousands of “meh” indie flicks.

Freeing you from said decision-induced paralysis: the Random Button for Netflix, a Chrome extension that adds a “random movie/TV show” button to the streaming service’s task bar.

Created by AllFlicks, a service that lists every movie on every country’s variation on Netflix, the Random Button fulfills a viewer’s need to … do nothing. It was apparently inspired by Reddit posts asking for an “I’m feeling lucky” button for Netflix.

As AF’s blog notes: “One thing that Netflix has always lacked is a good ‘just watch’ feature — the streaming giant still requires you to pick out your next TV show or movie manually. Netflix’s content discovery features are nice, but sometimes you just want to put something on and start watching!”

You’ll have to be watching this on a computer, not your TV. And according to one reviewer, it’s not compatible if you’re using AdBlock.

And it’s still making you do a little work: you do have to select which type of content will be included randomly, be it TV shows, movies and/or documentaries. 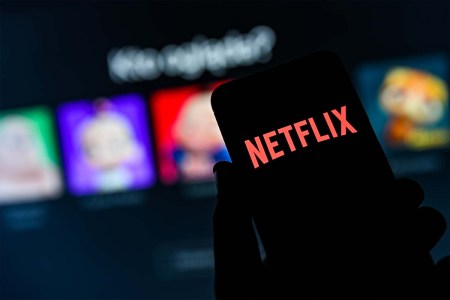