How to Speak in Public, From the Guy Who Perfected It

The curator of TED Talks on the art of oration

According to Forbes, only about 10 percent of people are fans of public speaking.

On the other side of that spectrum, another 10 percent are verifiably glossophobic, meaning they experience everything from nausea to panic attacks when confronted with presenting in front of colleagues.

But according to Chris Anderson, the curator of TED Talks, although we aren’t still gathering around campfires, public speaking is as important now as it’s ever been.

In his most recent book, The Official TED Guide to Public Speaking, Anderson does a deep dive into what he calls the ‘fourth R’ of education: Rhetoric. Invoking standout TED Talks so regularly you’ll feel like you’re missing out if you don’t have your phone at the ready to pull them up, the former journalist walks readers step-by-step through how to give the perfect talk.

Most importantly: There is no one way to give a talk. “There are 100 ways to give a talk,” Anderson says. “The goal is not to be Winston Churchill or Nelson Mandela. The goal is to be you.” And though that advice is a theme throughout, Anderson offers a few tools for polishing “you” off a bit.

For example, Anderson advises constructing every talk around a “throughline”; that is, a steady constant thought that everything else from the talk relates back to. If the entire talk were a tree, the throughline would be the trunk that intermittently branches out up to anecdotes, explanations and other narrative devices.

But just as important as that throughline? Establishing a connection with the audience. Anderson describes giving a talk as taking an idea that you have and rebuilding that idea in the minds of your audience. As we all have a tendency to judge unfamiliar concepts, it’s important to establish a connection with the audience quickly. Within the first minute of the talk, you’ll not only want to show the the content is worth listening to, but also that you, as its advocate, are worthy of the audience’s support and adulation.

Try out a bit of humor, be self-deprecating, or tell a story that draws emotion out of your listeners. Just be careful not to act like someone you’re not. If all else fails, just look a few people straight in the eye and shoot them an authentic smile.

In lockstep with the goal of connecting with your audience is the importance of keep them in mind while outlining the talk, whether you’re going the scripted route or not (back to that in a bit). If you’re explaining complex ideas, start with manageable building blocks that they understand. Don’t oversimplify, but do break things down to digestible bites that can lead them toward your final conclusion.

Back to the prep-work: whether you plan on memorizing a script or going more free verse with cue cards, Anderson emphasizes that proper preparation is vital. Going to write out your entire talk? You need 5-6 hours of rehearsal time before you speak. Going unscripted? You still need to go over the speech enough times that you have practically written it in your head. Practicing, especially in front of friends who can offer critiques, is the only way to tighten the talk.

Finally, visuals, props and alternative storytelling styles are all given their due in the book. The key advice for them all? Only use visual cues if they bring something new and vital to the talk … which does not include slides that you’ll essentially regurgitate the words coming out of your mouth during the presentation. 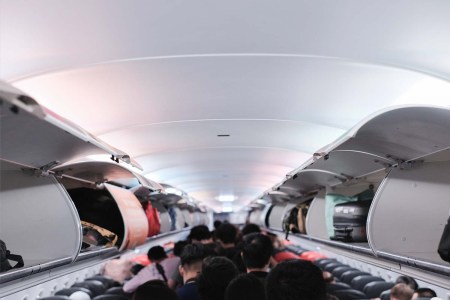