5 High-Pressure Professionals on the Key to Defeating Stress

Here’s how to not sweat the rat race 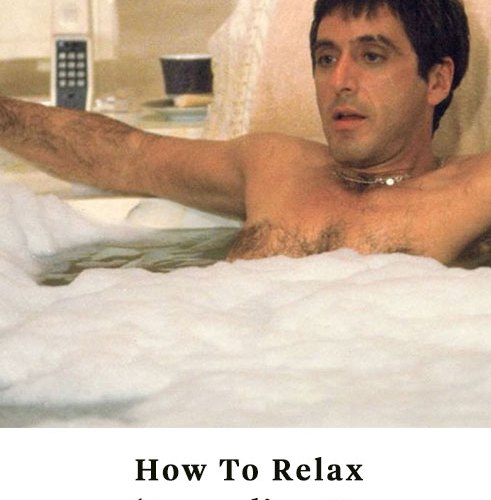 This month, we’ve been ruminating on the concept of keeping things chill, in all senses of the word. We talked about outfitting yourself for hellfire temps. We asked some women we know and like for tips on more productive (and less reactive) spousal arguing. We put together a pair of beginner’s guides on CBD and Transcendental Meditation.

But it’s all a moot point if you’re not handling the biggest obstacle of all: your stress levels.

Stress is chemical, and not all its triggers are obvious. Just like taking control of any project, stress management is an active, ongoing process.

So we asked five professionals how they maintain their cool under the gun, whether it’s supporting 2,000 employees at Salesforce, running the galley at some of the country’s most bustling restaurants or helping people in that most personal — and stress-inducing — of ways: achieving their body goals.

These are folks who operate in a constant state of unrest. If they can figure out how to relax, anyone can.

Susanna Tolkin, Employee Success at Salesforce
The advice: Get organized, and then give yourself a break.
The credentials: You don’t operate a company with the scale and complexity of cloud computing firm Salesforce without some very good support staff, which was voted among the 100 Best Companies to Work for by Fortune in 2018.
The explanation: How do you keep a giant team steady on its feet while at the same time keeping yours on the ground? Step one: organize and enforce time management. Step two: recognize you are a human and will face complicated emotional challenges on top of your personal and professional life. “A major stress aggravator is having limited time. I combat this with calendar triage: prioritization at the beginning of each week, and again every morning based on what has changed since the previous day. What work and social obligations can I move to next week? Or (bonus) canceled entirely in favor of an email or text? This gives the gift of extra time, which always reduces my stress. Other times, I remember my own resilience. During panicked moments, I remind myself I’ve gotten this far without a major crash-and-burn, and it’s highly unlikely that this will be the time I fail beyond repair.”

Arnon Magal, Restaurateur
The advice: Maintain your standards and vision, develop a strong network and be optimistic.
The credentials: With restaurants speckled all over the map in New York City, Magal has opened an average of one business a year over the last 12 years. “I don’t remember what it means to have a life without pressures,” Magal says, “I can’t even count the sleepless nights I had during the years of low cashflow.”
The explanation: “I believe in optimism: the notion of a better tomorrow is not such a bad assumption. To be a leader means to spread that notion. Each project, and every day of operation carries a broad spectrum of different pressures, but I maintain by re-defining and reaching higher clarity of the meaning of success and failure, and paying less attention to the expectations of others. Like Al Pacino said in the Devil’s Advocate: ‘Pressure changes everything. Some people, you squeeze ‘em, they focus. Others fold. Can you summon your talent at will? Can you deliver on a deadline? Can you sleep at night?’ And that became my mantra. I find most of the solutions to problems are found in the relationships we create and the joy in doing all of this surrounded by my friends, team, and family. And in the wisdom and the talents I don’t have but the ones I love the most do.”

Sarah Ghilardi, Bikram Instructor and Personal Trainer
The advice: Spend five minutes of your morning mentally mapping out your day, stretch and shift your perspective.
The credentials: Vedic practitioners developed yoga more than 5,000 years ago as a means to access the mind-body connection that can be gained via meditation. Fast forward to 2018, and New York-based Swiss expat and former gymnast Sarah Ghilardi has been practicing Bikram yoga for 13 years, having won a championship that granted her a sports visa to teach in the States, where she now works with clients in both gyms and yoga studios.
The explanation: Ghilardi is serious about a program heavy on the mind-body benefits of a regular yoga practice, no matter your fitness goals. “It helps build a unique kind of physical and mental strength that benefits everyone,” she says. Bikram is a hot class after all, with 105-degree room. How does she talk her students into that kind of treachery, and even teach them to adore it? “A lot of fitness clients won’t want to try yoga because they are worried they aren’t flexible enough. They might be very strong but have limited flexibility. I listen to them, and I tell them it is not about flexibility. It’s about listening to your body. So when you have a feeling that comes up, you can learn to leave it there.” Ghilardi also practices meditation daily, but adds, “I don’t think it necessarily has to be a one-word mantra, although that is one way. Right now I spend five minutes every morning mapping out my day, anything I need to do or I’m concerned about happening. So anything that might happen, I’m prepared for. That’s what my meditation looks like right now.” It’s all about keeping perspective, she added, “I ask myself ‘What’s the worst that could happen?’” If that sounds simple, it’s because it is, and that’s the point.

If you’re in New York, you can take a class with Sarah most days of the week. Other folks can register for her remote workout program Action Team Fitness, which provides weekly gym and home workout routines.

Brook Bergland, Global Design Director, Converse
The advice: Delegate, be your own best advocate and don’t eat lunch at your desk.
The credentials:  The fashion industry is notoriously cutthroat, but there are still some who try to navigate it with grace. Brook Bergland runs and coaches the men’s apparel design team at one of the most iconic brands in recent history, Converse.
The explanation: How does one manage a creative team (an unruly bunch by nature) for such a massive brand? “The key to coping with the stress and workload is transparency, communication and delegation. It empowers the team allowing them to own and drive [the operation], as well as alleviates me from having to think and do everything myself. Win win!” On aspiring towards some kind of balance, Bergland notes: “We’re all so driven, and overrun at the same time. You have to get comfortable saying no. People are blind to your plight. They’ll ask for the world if you let them. Sometimes it’s your job to say no, politely. Oh and don’t eat lunch at your desk. I eat lunch at my desk. It’s bad. I should stop and take a walk. You should too.”

Robert Herbst, Weightlifting Champion and Attorney
The advice: When things get tough, sometimes it’s best to lean in.
The credentials: When your attorney has double-digit weightlifting championship wins and can deadlift 370 big ones, you should feel pretty secure. Robert Herbst began competitive weightlifting in 1981 and has gone on to win 22 consecutive national titles. The 59-year old is an anti-cruncher, arguing the ubiquitous exercise is terrible for your back, an issue he is hyper-aware of due to childhood scoliosis (the symptoms have never fully gone away). He oversaw drug-testing at the Rio Olympics and helped at the Games in London before that. He also argues (editor’s note: convincingly) for the naked workout.
The explanation: How does Herbst handle it all? In addition to being powered by a “fire in his belly” that pushes him forward, he’s motivated by hardship: “The way I alleviate stress is to embrace it. I see the challenge of arguing in court or competing on the platform as an opportunity to excel. I prepare for it and go into it with a Zen-like flow. I am in my element. Also, since I am handling major things or am involved in championships, I do not let minor irritations in life stress me.”

The Paloma Is the Ideal Drink for Summer
Trevor Bauer's MLB Suspension Could Impact Baker Mayfield's Future in NFL
Mick Jones and Paul Simonon on The Clash’s “Combat Rock,” 40 Years Later
Andy Summers and Stewart Copeland Recall The Police’s Pre-Fame Days
It Took a Minute, But People Are Realizing That Beyond Meat Burgers Aren't Healthy
How Difficult Is It to Ride One of Those Electric-Powered Surfboards?

How Difficult Is It to Ride One of Those Electric-Powered Surfboards?
Arrival of Jumping Worms Suggests California Might Be Experiencing the Apocalypse
What It Was Really Like Inside Anna Delvey’s NYC Art Show