Seven Pro Negotiators on the Art of the Haggle

This is just one installment of 37 Things a Man’s Gotta Do This Summer, our annual compendium of everything worth seeing, doing, eating, drinking and generally making time for in your neck of the woods between now and September.

Antique flea markets. Vintage or estate sales. Vacations in places where bargaining is the law of the land.

Chances are you’ll find yourself perusing goods at one of these locales this summer. And let’s make one thing clear: there’s nothing wrong with a better price. To assist, we’ve put together your foolproof haggling playbook.

Everyone knows the classic tactics: pretending you’re not interested. Settling on a price then clearing it with the “boss,” ahem, the wife. Walking away and hoping the vendor breaks.

For a more nuanced approach, we went to the experts. Herein, advice on haggling from the seasoned vendors themselves as well as maestros of manipulation — from a negotiation consultant to late-night’s favorite mentalist.

Rule number one? Don’t be a jerk.

1. Wait it out
Nicolas Martin, founder of Flea Market Insiders and Fleamapket

“A few years ago, I was shopping at Porte de Vanves flea market in Paris when I spotted a floor lamp which looked like Goffredo Reggiani’s Three Fingers Arc Floor Lamp. I asked the vendor how much he wanted for it, and he said 300€. Since I was not 100% sure it was a genuine work, I was comfortable with driving a hard bargain with him. I scrupulously followed each step of the haggling process, with some back and forth, walking around his stall, checking other items, cracking a joke with him and talking abstractedly with other customers. Twenty minutes later, when I realized the bargain stalled at 220€ for the time being, I slowly started to walk away and the vendor, noticing it, offered me the lamp for 200€. It was still above the 150€ limit I had given myself for this item. I thanked him, and told him I might come back, but not for sure.

“I thought I’d wait until the moment he’d start packing his stuff, when he’d be more receptive to a final offer. After strolling the flea market up and down a few times, I noticed the vendor was packing his truck. I walked to him and offered to ‘relieve him of his burden’ by taking his lamp. He laughed, offered me 170€, and after two minutes of additional bargaining we settled on 160€.”

2. Know the market’s rules and 3. Be chummy
Colin Klimesh, artist with CKTC Ceramics

“Most of the venues that we deal with are actually haggle-free zones. Flea markets and junk/garage sales for sure are haggle central, but at the arts and crafts venues that we deal with it’s actually a little insulting to haggle with vendor. Rule of thumb, if someone is making a product and trying to market it as a means for them to support themselves, [that] means the prices are set and their margins are probably small.

“The grey area is when you’re going to be purchasing a lot from an artist there may be some room for them to sweeten the deal to move more product and get a bigger sale. For example, I make cups. If someone is interested in buying a set I might discount the price to get them to purchase more, or they might ask if we can make a deal. For our price point, it is a substantial sale if someone is going to buy a set of multiples from us. Establishing a friendly rapport is probably the most important part of our transactions.”

“I was in a souq in Rabat, Morocco with an Egyptian gentleman, who, after performing some pleasantries began negotiating the price of a ceramic bowl. Midway through the discussion, he placed money into the hand of the shopkeeper as if he was shaking his hand — it was the amount that he was comfortable paying — and then he asked the merchant to wrap it up. There was no agreement, no back-and-forth. The shopkeeper tried to rekindle the barter, but my friend indicated that this was the end of the deal.

“So what happened? The owner wrapped up the bowl and gave it to him, with a smile! If you’ve spent time in souqs or medinas you’ll see a technique where the shopkeeper puts the item in question into a bag and hands it to you, basically indicating that the deal is over and that it is now time to pay what they ask and move along. My friend’s cash-in-hand technique is the inverse of this. I tried the technique shortly after in a scarf shop. It worked beautifully!”

5. Be aware of your body language
The Amazing Kreskin, mentalist and late-night television favorite

“It is easier to express emotional feelings [instead of] pure logic. It fits into the growing, popular movement in the U.S. for individuals not to really listen to each other or pay close attention to the content of remarks being made. I prefer to negotiate, as I have throughout my career, while I am standing since important communication is made not merely by what is being said but by body language as well, and most people negotiating have never even expected this opportunity as a tool.”

“Remember that there’s more to a great deal than just the money. At a farmers market, you may be able to get a great deal on a few bushels of tomatoes, but you could also ask for the vendor to throw in a bag of onions you’ll use when cooking up that sauce. At a flea market, getting an antique armoire for a steal is one way to go, but there’s also value in haggling to get delivery included, saving you the stress and strain of moving the unit yourself. When we go into haggling mode, I think we spend a lot of energy trying to bring down price, and shifting perspective to upping our value instead of what can help us walk away feeling even better about what we’ve bought.”

7. If possible, meet on your own terms
Angel Nieves, Craigslist diehard

“Haggling in person, for me, starts off by watching the dates from postings issued on Craigslist, OfferUp, and Letgo — in order to see if I can sweet talk them into a fast sale, due to the time allowed to keep a posting and limited amount of reposting. What’s the move, you ask? Here goes the flip: I never go to a person’s house. I make them come to me or halfway between both addresses. When they show up, I look at the condition — maybe something is missing or scratched — to bring the price lower.

“For example, I once bought some very rare Enkei Sportline rims. I made a lowball offer, he wanted $900 and I offered $500, but he said no because the tires were good. Two days later, I said bring them to me or meet up, I’ve still got my offer. He said $700. I said let me see them and let’s talk. Guess what? I said $500 again, that’s all I’ve got. The person flipped, ‘I told you $700!’ I said I never agreed to it and then, ‘Take them back to Queens and put them back in your house.’ The guy looked at me and said, ‘You just bought them.’”

“[I’ve been] an attorney for over 20 years, but I learned about haggling as a teenager working in various stores on the Lower East Side [in New York]. You couldn’t buy anything unless you felt you haggled until you wore the sales person out and they relented with an ‘OK, take it! It’s yours. You’ve worn me out.’

“Most of all, the haggler should know the quality of the item they are seeking, so much so that the sales person believes and perhaps even doubts the price he or she originally expected for the item and is therefore compelled to give the item to the haggler at the reduced rate. Like everything else in life, it’s all about how confident one is and how they present themselves when asserting their position.” 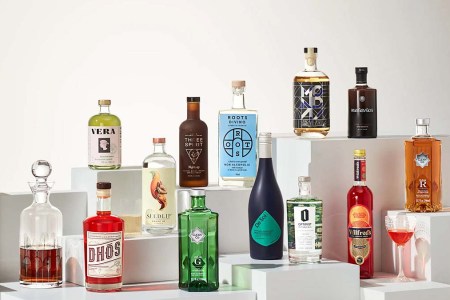 The 10 Best Deals From Boisson for Dry January