Today, Wilco frontman and proud Chicagoan Jeff Tweedy releases his memoir, Let’s Go (So We Can Get Back).

It covers the topics you’d expect from 30 years on the road: tours, breakups, addiction (“Of course I’m going to write about the drugs,” he writes).

But it also acts as an important testament to our vibrant local music scene, which informed the band’s work throughout their career.

With that in mind, we decided to round up seven more Chicago rock memoirs worth your time, from B.B. King’s ode to the blues to Ministry’s account of ‘90s industrial.

In aggregate, they represent a record of our city’s recent musical history — as told by the people who built it.

The gist: Although technically born in Mississippi, the connection between Chicago Blues and B.B. King cannot be understated. From losing his mother at nine years old to untreated diabetes to navigating the industry in the Jim Crow South, the quintessential bluesman’s life embodies what the genre is all about: taking pain and making something beautiful out of it.
Quote that could’ve been the title: “My daddy could sing him some blues.”

The gist: Regarded as a child prodigy (he played the first movement of Mozart’s Piano Concerto No. 26 when he was 12), Herbie Hancock’s life and musical career are perfectly summated by the title of his memoir (Possibilities that he very much made good on, by the way). And while he battled (and overcame) a crack-cocaine addiction and dabbled with LSD, he ultimately found a connection with Buddhism that continues to serve as a positive foundation for his life and marriage.
Quote that could’ve been the title: “Soon the walls started moving, and creatures started appearing on the ceiling. And then the apartment somehow became a train.”

The gist: The brooding godfather of the industrial genre and frontman of Ministry, Al Jourgensen tells a depraved (and frankly, to be expected) life of rock ‘n’ roll excess. And while the book doesn’t much dive into the how of the bands prolific and acclaimed work, Jourgensen’s candor takes you on a ride that makes you understand why that music came to be.
Quote that could’ve been the title: “If you remember the nineties, you weren’t there.”

The gist: Though best known as a socially conscious hip-hop artist, poet and actor, Common’s humble roots in the South Side of Chicago are what define him above all. Deeply inspired by his connection to his mother, the book offers an honest glimpse into an often challenging childhood that made him the star he is today — while offering positive affirmations on how to lead a better life.
Quote that could’ve been the title: “Chicago is in my blood.”

The gist: Although heavily associated with the late ‘60s/early ‘70s heyday of the New York music scene, the “Poet Punk Laureate” herself is a daughter of a Chicago jazz singer. In Just Kids, she delves into her relationship with photographer Robert Mapplethorpe and how they served as each other’s muse, navigating love and the tumults of being an artist in the big city.
Quote that could’ve been the title: “I can’t say I fit in, but I felt safe.”

Chaka! Through the Fire by Chaka Khan
2003

The gist: Like many artists and musicians, we typically only know them from their songs and aesthetics, rarely getting a chance to know who they are or where they came from. In Chaka! Through the Fire, we see the side of the fiery soul/funk singer that give her typically uplifting songs (“Tell Me Something Good”) a more poignant backbone.
Quote that could’ve been the title: “Obviously, baby me survived.”

Light My Fire: My Life With The Doors by Ray Manzarek
1999

The gist: Sultry organ player and cofounder Ray Manzarek certainly beats Val Kilmer and Oliver Stone’s exploration of the larger-than-life band that was The Doors. Sharing stories (and brutally honest thoughts on said adaptation of the band’s career), Ray talks about his journey from playing Chicago blues clubs to being thrown out of the Whiskey in a way that makes you feel like you’re a part of the band.
Quote that could’ve been the title: “Jim was feeling good, having a good time.” 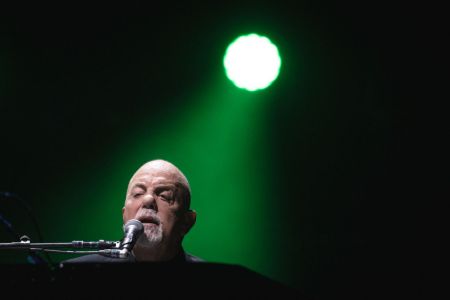 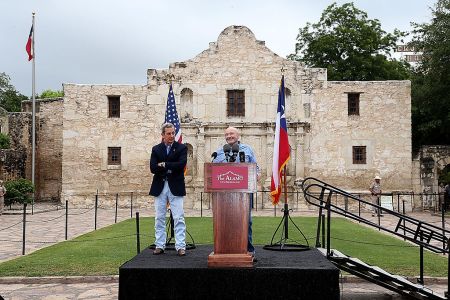 What's Going on With Phil Collins's Collection of Alamo Artifacts?