Straight to the Dome. Half Dome, That Is.

Obviously that’s not a literal birthday. Just the anniversary of its National Park status. Nevertheless, the flora’s celebrating with a stunning show of color:

The actual age of the massive, mile-high granite rock formations the park is famous for — Half Dome and El Capitan — is over 1.3 million years, when they were formed by the Sherwin Glaciation.

In fact, John Muir, the bootstrapping spearheader behind the park, first defined the process of glaciation while staring at those prodigious protrusions, and proved it while visiting Glacier Bay in Alaska, which is also a National Park worthy of your bucket list.

Seeing as Yosemite is home to stunning vistas, plentiful wildlife, flowing cascades and some of the best hikes known to man, we decided to give you a few off-the-beaten-path hikes.

So You Want Some Freakin’ Solitude
Easy

You’ll see few tourists on the trail that leads to Ireland Lake, a peaceful meadow-fringed lagoon not far from the Tuolumne Meadows Lodge, where you’ll pick up the trail. Once you get to the lake, you’ll catch views of Parsons Peak and Amelia Earhart Peak.

Check Out Those Domes
Moderate

South Dome and El Capitan draw the crowds, but North Dome is the road less traveled. It’s a bit of a longer slog (nine miles). However, the peak is stunning and provides a money-shot panorama of South Dome and the surrounding valleys.

A Place to Rest Your Head
Moderate

When not just any glen will do, there’s Glen Aulin, a pristine trail along the Tuolumne River to a remote campsite. It’s about 13 miles round trip. Seven if you stay the night. Which you should. Nothing beats camping next to a rolling river. It’s slightly more crowded than the other hikes we’ve listed, but still worth it.

The aptly named Clouds Rest trail is a 14.5-mile doozie that’ll have you looking down on all of the Domes and the Capitan. Bring some binoculars so you can see the folks making the ascent up the face of the Domes.

The Panorama Loop is a strenuous 13-mile loop that takes you up 3,000 feet and peaks well above the tree line. That’s where the name comes from. You’ll see all of the Domes as well as the sheer-faced Vernal Falls.

Cabins
Because Yosemite is most certainly not a day-trip and you might not be a camper, here are three cabins nearby where you can kick your feet up.

This A-Frame is the most rustic, but still offers some creature comforts care of a swath of solar panels.

If you just need one room, try this cozy log cabin just minutes from Yosemite.

If you have a large group, this demi-lodge sleeps 14 and is under an hour from the park. 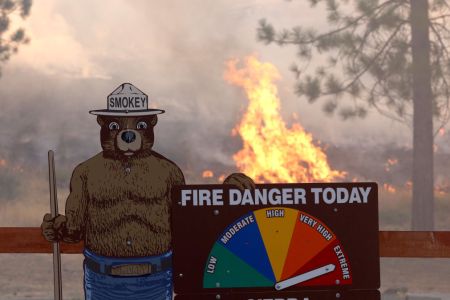 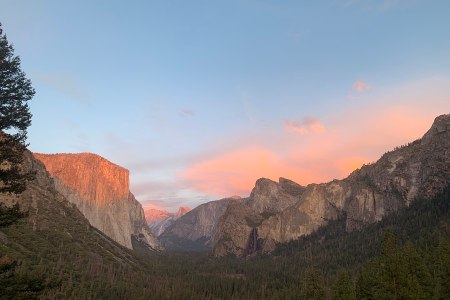 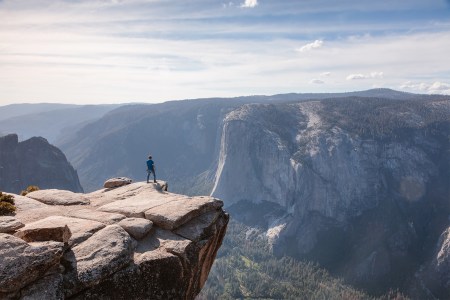