It's been a year since Koxa set a Guinness World Record by riding an 80-footer at Nazaré. 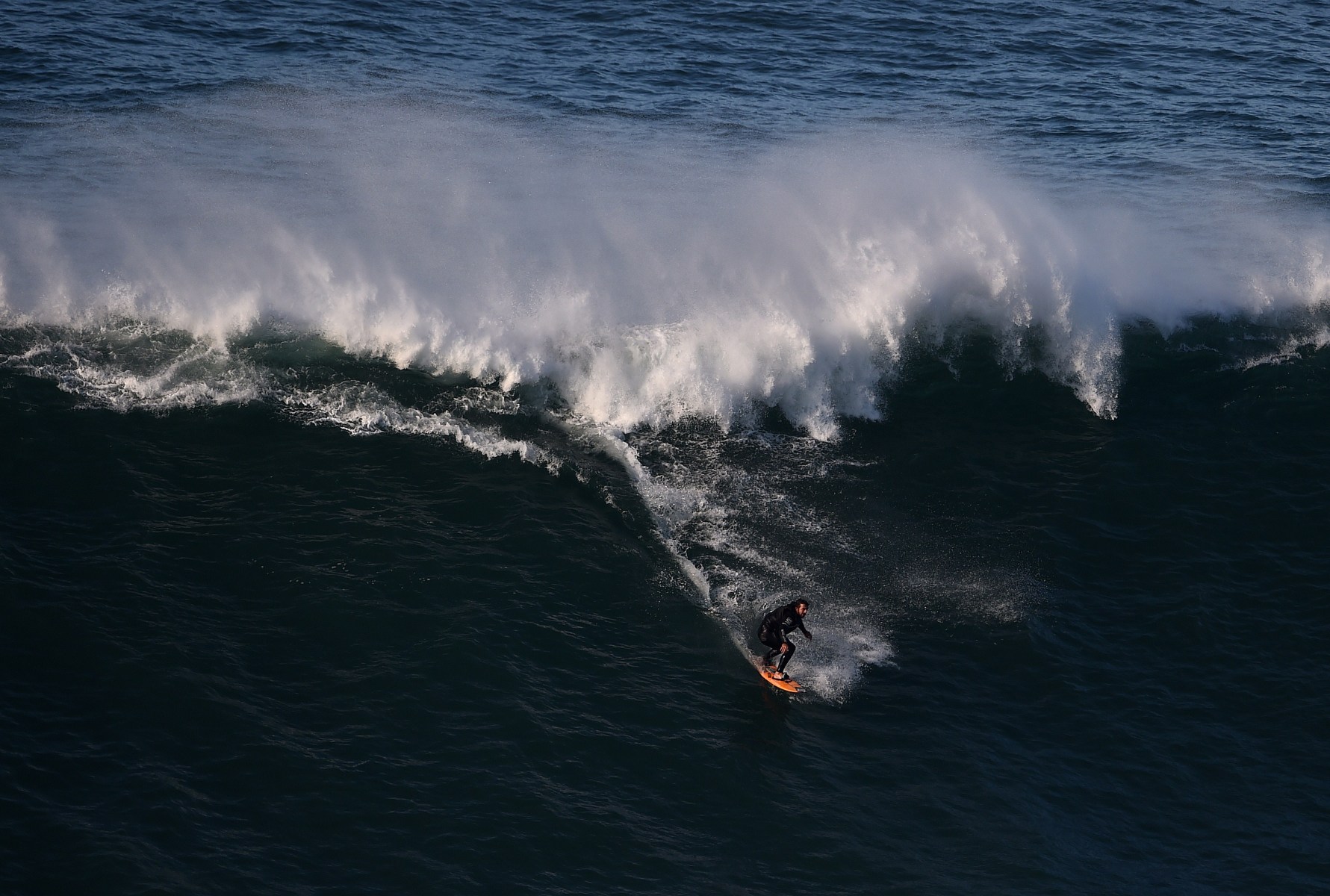 That’s the day the 38-year-old Brazilian surfer caught an 80-foot-tall monster wave courtesy of a tow on a jet ski off the coast of Nazaré, Portugal, in Praia do Norte.

An area that’s known for offering killer waves thanks to the wind and ocean swells its location on the west European coast catches from storms moving across the North Atlantic, Praia do Norte has a deep canyon that runs underneath it which only aids the size of the surf above.

Though he surfed the wave in November, the footage of him riding the aquatic equivalent of an eight-story office building didn’t start circulating on the web until mid-April.

When it did, Koxa became somewhat of an internet star and his accomplishment was recognized at the 2018 World Surf League awards ceremony with the Quiksilver XXL Biggest Wave Award.

Koxa also earned himself a Guinness World Record for surfing the largest wave, beating out the previous title holder, American Garrett McNamara, by two feet. Like Koxa’s effort, McNamara also rode a wave at Nazaré in November, except his ride came in 2011, not 2017.

Interestingly enough, Koxa moved to Hawaii when he was 17 and actually stayed at McNamara’s house on the island.

To break McNamara’s record, and have it happen at Nazaré, made last year’s experience all the more special for Koxa.

“He is the man who showed me the way and so many followed his steps including me,” Koxa told The Inertia.  “He’s a true surf legend, a person that I feel great to be next to. No bad blood at all. He is an icon. He is a visionary and showed me the way so that I could make my dream come true.”

It’s interesting Koxa mentioned dreams because that’s literally what his 2017 ride at Nazaré was.

“I had an amazing dream the night before,” he said,” according to Surfline. “Where I was talking to myself, ‘You gotta go straight down. You gotta go straight down.’ I didn’t really know what it meant. But I figured somebody was talking to me. When I got my wave, I let go of the rope, I started to use my rail to angle towards the shoulder, but then realized, if I used my rail, I’d never get deep. And then I remembered: ‘go straight down.’ When I said it, I remembered my dream. I turned and I almost fell, but then I got my feet again and went super fast. I’ve never had a big wave like that where I didn’t use the rail at all. Just went straight down. It was amazing.”

And it was a world away from Koxa’s experience in 2014 on the same beach. That effort left him frightened and having nightmares. But as it turned out, his 2017 ride on the wave served as a literal dream come true in more ways than one. It landed him a place in the record books as well as $25,000 in prize money from Quiksilver.