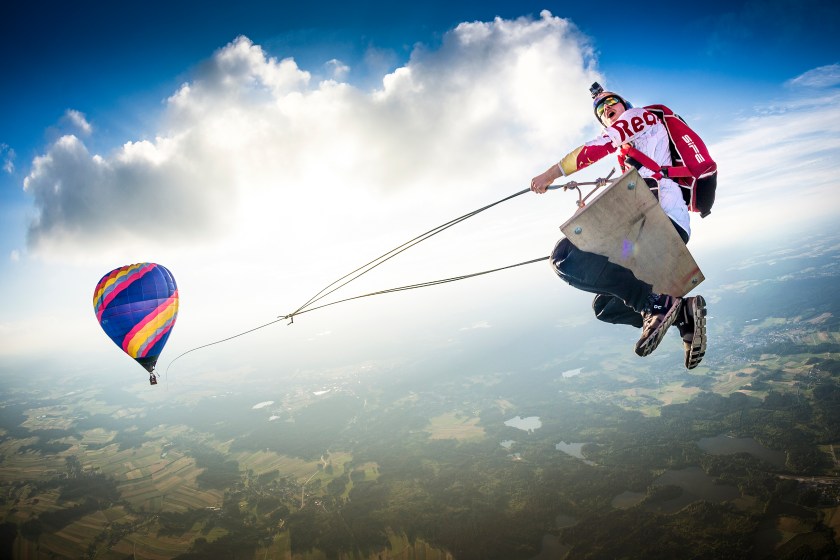 Did you enjoy jumping off the swing when it was at its highest as a kid? The video below is sort of like that, except thousands of feet in the air.

This was the concept Red Bull’s Skydiving Team wanted to play off when they set about attempting this feat. Dominic Roithmair, Georg Lettner, Marco Waltenspiel, and Marco Fürst took turns swinging on a 410-foot rope between two hot air balloons flying over Fromberg, Austria.

“Everyone knows what it’s like on the swing at the playground,” Waltenspiel told Red Bull in a recent interview. “You swing as hard as you can and jump off. We wanted to do the same, but on a much bigger scale.” The stunt could qualify as the world’s longest swing—Guinness World Records is in the process of making its confirmation. 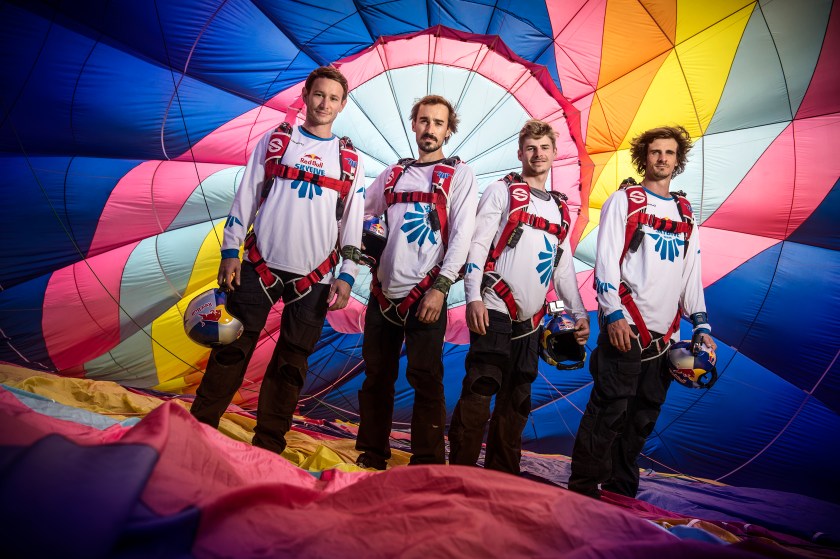 The mega-swing, which hung between balloons floating between 5,000 and 6,500 feet, gave the athletes a unique sensation unlike skydiving or base jumping. “You accelerate in a completely different direction to what you get in normal base or parachute jumping,” explained Roithmair.

“You jump down, fall and wait for the moment when the pressure kicks in. Then after a few seconds you go forward with a non-motorized acceleration, which gives you an unbelievable feeling. I can’t recall any free-fall that has such different patterns of movement.”

Watch this singular swing below.