These 9 Chicago Boat Rentals Will Cover Every Maritime Occasion

From cruising to casting lines to cannonballing

From cruising to casting lines to cannonballing

From English poet John Masefield (who desired naught in life but “a tall ship and a star to steer her by”) to Dennis from It’s Always Sunny in Philadelphia, every guy has his reasons for wanting a boat.

But a small inconvenience tends to get in the way of actually living the life aquatic: paying north of $50k to acquire one.

Enter Boatsetter, the rental company that mitigates this problem by letting you and your mates enjoy a day on the water for a fraction of the cost of ownership. Plus, if your helmsmanship skills are a little rusty (or non-existent), you can hire your own Captain Ron to guide you and your crew on the journey.

But having a cool boat for the wrong activity is just as bad as not having one at all.

Luckily, we’ve already done the navigation for you. Below, you’ll find nine great options near Chicago, as organized by the type of waterfaring activity each is best suited for.

FISHING
It’s easy to be seduced by the siren call of the 41-foot, 410 horsepower Carver 380 Santego, but know that a boat like that is generally designed for deep-sea fishing. Plus, this particular model lacks an installed downrigger and fighting chair for that kind of outing. The better choice is the smaller Key West Boats 239 FS. Easy to drive, no Captain required and optimal for chasing smallmouth bass around Chicago Harbor.

CELEBRATING
If you’re celebrating on the river this summer, you won’t do better than these two nimble crafts. The Sea Ray Boats 240 Sundeck has an open bow that provides plenty of room for mingling while keeping your distance from that couple that keeps screaming, “WE’RE ON A BOAT!” For a classier ride, the slightly larger Palm Beach Marinecraft 220 Deluxe (comfortably) seats an extra person and sports a quieter engine.

SAILING
The only sailboat to go with is the S/V Nightswimming Hunter 40. Not particularly because of the ship itself, which comes with a Captain, but because he acknowledges the cardinal rule of maritime law: NO BANANAS ON BOARD.

According to a well-seasoned seaman, many years ago when sailors would find other shipwrecks, the only thing that would remain from the wreckage were floating bananas. And ever since it’s been bad juju to bring them onboard. Superstitious much? Sure. But this is the kind of crazy “Crush It Like Quint” Captain you want at the helm. Just don’t ask him about the Indianapolis.

WATERSPORTS
Whether you’re wakeboarding, tubing or just looking to throw back a few cold ones with the boys, you don’t need a large boat. They’ll be more turbulent and less comfortable for the people attached to a rope hurtling behind you at up to 36 miles per hour. Smaller craft are capable of cutting through the water with less of a wake, and thus tend to keep your friends in tow from wiping out. The two best boats that fit this profile are the Sea Ray Boats 190 Sundeck and 290 Sundancer.

CRUISING
This is where we go full Wolf of Wall Street. Cruising, or ‘90s hip-hop music-video-ing, is where bigger is better and you’ll want as many amenities as possible — and a Captain to be your Designated Sailor. More rooms, multiple decks, a bimini if adverse weather comes in and plenty of bathrooms make for a proper maritime evening. The two ships that meet these requirements are The Sophisticated Lady and the ELIZEE. The Sophisticated Lady is the largest boat for 49 people or fewer available in Chicago, with multiple indoor and outdoor levels. The ELIZEE (hopefully not pronounced like the blue beverage) is described as a “gentleman’s yacht” equipped with a swim platform and top deck, with a Miami Vice pink neon trim. 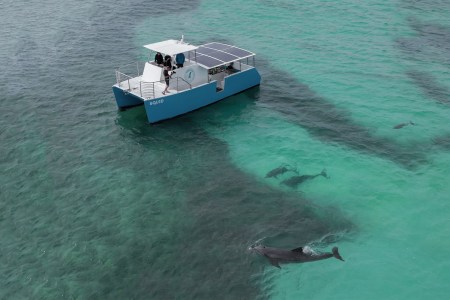 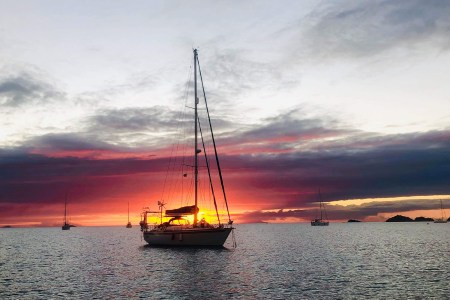 Could #Boatlife Be the New #Vanlife? 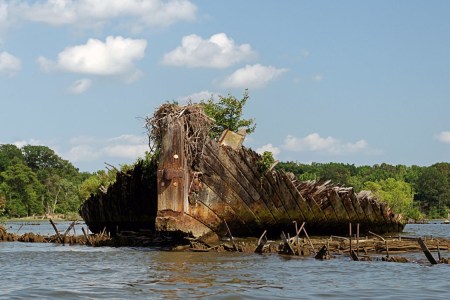