Car-clogged streets notwithstanding, Los Angeles is home to some of our country’s best biking trails.

Hill, valley, asphalt, dirt: we’ve got it all and then some.

So we tapped five local cycling enthusiasts — including a few who work in the industry — for their favorite rides around town.

Each comes complete with gear recs, riding tips and where to grab a bite, coffee or beer along the way.

We wouldn’t let you ride on an empty stomach.

Julian Bleecker
Founder and CTO of OMATA
What they’re about: Bleecker founded OMATA at the end of 2013 because “there were no bike computers that looked as beautiful and exciting as [his] favorite bikes.” Since a successful Kickstarter campaign in 2015, they’ve been ramping up toward mass production.
The Route: “I’m a simple man. I enjoy the big dirt loops on the westside of Los Angeles — the rides that make my gravel bikes sing. Nothing overly technical, just good steep climbs and fast, eye-widening descents.” Once such loop starts at Ocean Ave. and San Vicente on the far side of Santa Monica, just next to Palisade Park (full directions here). You’ll hit plenty of gravel and fire roads, pass the Nike missile base and do about 2,300 feet of climbing over 20 miles. “One of the reasons I like these loops is I get to treat myself to one of Cody Chouinard’s exquisite maple cappuccinos at the end of the ride,” says Bleecker. “It’s at my local Rapha Cycling Club — best money I’ve spent all year getting that membership!”
Recommended Bike: A Flat Bar Santa Cruz Stigmata with 1x and SRAM Eagle. “The big tooth in back is genius — the bike should come with a newspaper and smoking pipe, it can be that casual if you want to just easy-spin up some of the steeper bits.”
Gear: “I’m really into Rapha’s ‘Adventure’ bibs. People made fun of the pockets I think because they put a banana in it for the product photos. I keep my camera in the right-side pocket, which is super convenient for an overly enthusiastic amateur photographer like myself. Spurcycle’s saddle bag is pretty swash as well. It holds just enough without it feeling like I’m bringing along an entire bike shop.”

Kelton Wright
Headspace, Director of Movement & Sport
What they’re about: Headspace is a guided meditation app looking to improve the health and happiness of the world.
The Route: “I think out’n’backs are underrated, and one of my favorites on the PCH is up Corral Canyon and back. The views are the most underrated in the Santa Monica Mountains, traffic is minimal, and the descent was nothing short of terrifying the first time I did it. And if you feel like adding dirt, you can connect at the top to the Puerco Motorway fire road, and that brings right you back to the coast.”
Recommended Bike: “For road or dirt, my Trek Silque is great. With some Gatorskin Hardshells, it’s a good climber and makes for a fast and wild ride on the dirt. I switch over to my Trek Boone 7 Disc if the ride is more than 60% dirt.”
Gear: “I swear by the Rapha Souplesse bibs and jerseys. Light, tight, and breathable.”

Ben Duhl
Royal Braun
What they’re about: Royal Braun helps innovative brands meet and hire top creative talent on both coasts.
The Route: “Up Nichols Canyon, across Mulholland, down Coldwater Canyon, up Benedict Canyon, down Beverly Glen, up Belagio/Roscomare, back east on Mulholland and then down Nichols Canyon. This route has climbing, it has rolling road and it has fast descents. There’s not a lot of traffic, and my theory is that people aren’t on their phones as much because all these roads wind. Mulholland from Nichols to Roscomare has great views; I love riding through Bel Air and looking at the estates. The best challenge on this route is the climbing — you get about 3,750’ of elevation on the complete ride. Benedict Canyon from bottom to top is an amazing segment that I’m always challenging myself to do faster and faster. There are taco trucks between Benedict and Beverly Glen on Mulholland and they keep their cans of Coke on ice. There’s also an independent grocery store out of the 70s on top of Roscomare. They have Mexican coke bottles; I like Coke while riding.”
Recommended Bike: “Something low weight — I ride an Argonaut Spacebike.”
Gear: Anything by Rapha, Maap or Search & State.

Mark Alford
Rapha
What they’re all about: Rapha was established in 2004 to address a need for stylish, high-performance cycling clothing. Alongside this, Rapha has cultivated a global community of cyclists with the Rapha Cycling Club (RCC), the largest club of its kind.
The route: “This is Rapha LA’s version of a long cafe ride. It starts at the Santa Monica Clubhouse, rolls casually down PCH and then hits the big hills of the Santa Monica Mountains. It climbs up Las Flores Canyon to Stunt Road and then across Mulholland to Pedaler’s Fork — a famous bike themed cafe, restaurant and bar in Calabasas. Stop for a coffee and a pastry, refill your bottles and then start to climb again up Old Topanga Road and once more on Tuna Canyon. The final descent is a screamer, and you’ll be smiling by the time you arrive on PCH. It’s not for the faint of heart (think 5,000+ feet of elevation gain in under 50 miles) but it’s a ride that rewards the bold and adventurous.
Recommended bike: This is a great ride for a steady and strong climber, like one of Canyon’s endurance frames (available to rent for RCC members at Rapha’s LA Clubhouse).

Willard Ford
Partner, Strong Sports Gym
What they’re all about: Strong Sports Gym is a performance gym founded in 2008 specializing in skills development for boxing, wrestling and mixed martial arts and ball sports.
The Route: “I grew up in LA and have been riding for 40 years, and it’s actually one of the best cities in terms of safety, access, variety of terrain, weather and group rides. If I’m in town, I ride from Chinatown at the gym up to Elysian Park by way of Broadway. It’s a short climb up to the top of the park, then I exit off Stadium Way on Riverside and into Griffith Park. Go on to Travel Town Hill and then on to Trash Truck. This ride is very accessible and you can get away from cars. It’s rough, but it’s beautiful once you’re up there. You’re in the coniferous trees; you see the Hollywood Sign; you see both the Valley and downtown LA … and it’s quiet. It’s shocking that it’s there. If you think of Central Park, it’s a strip and you’re in the city. Griffith Park feels wild. There’s a mountain lion up there. It’s cool. I go to Trails Cafe about halfway through for a water. And if I’m going out of town, my favorite ride is on Glen Oaks to Hansen Dam to Little Tujunga to Placerita Canyon. Larry’s Chili Dog for a breakfast burrito. It’s the most glorious thing ever made.”
Recommended bike: “I ride a Land Shark, a custom carbon road bike made by John Slawta in Oregon. I’ve been riding his bikes for over 30 years. Fits me like a glove.”
Gear: Ice clothing and Giro Shoes. 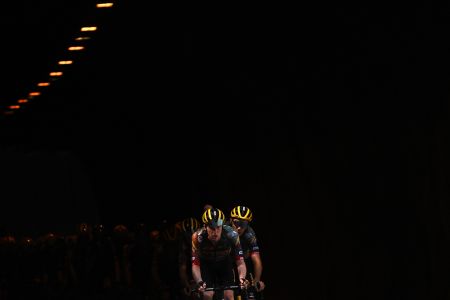 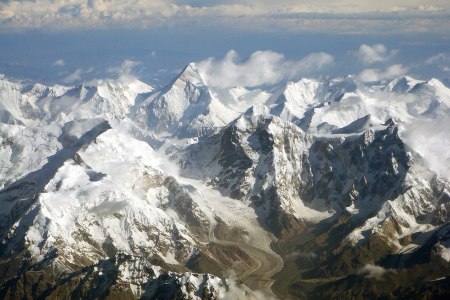